Banasa has contributed to the Third National Drill to contain and prevent Fusarium TR4! 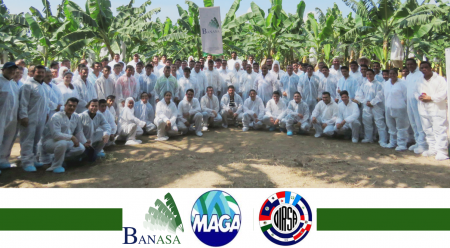 Banasa has always implemented practices that guarantee the quality and safety of the crop; but with the alarm caused by the Fusarium TR4 outbreak in a country in the Latin American region, biosecurity measures in all our facilities have intensified.

With the goal that Guatemala remains a Fusarium R4T free-zone, Banasa in partnership with the Agriculture, Livestock, and Food Ministry (MAGA) and the International Regional Agency for Agricultural Health (OIRSA) carried out the Third National Drill to contain and prevent a possible Fusarium TR4 outbreak.

The drill was conducted at Banasa facilities, to raise awareness about the disease and teach the participants how to prevent, detect and contain a possible outbreak. 120 people attended the drill, among which are company workers and banana producers of San Marcos, Quetzaltenango and Escuintla.

The Drill was divided into two modules:

The drill began when the participants were preparing to enter our facilities.

Foot baths containing a disinfectant solution, favorable to the environment; have been installed to sterilize visitors’ and workers’ footwear. Transports disinfection is also carried out to prevent and minimize the transmission of diseases in banana crops. 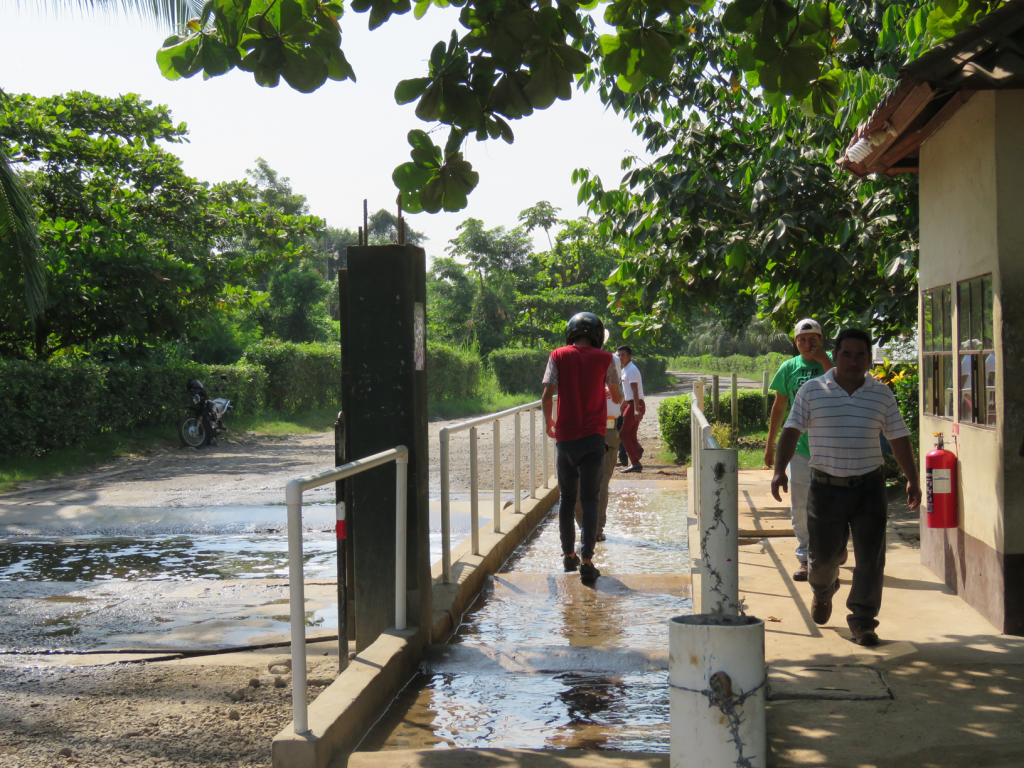 During the drill, the participants learned the fundamental biosecurity processes to identify an outbreak and prevent the spread of the disease. Also, they were taught to use the appropriate personal protection tools and equipment to enter an area with a possible outbreak of Foc R4T.

Banasa promotes food safety and the development of healthy crops!