The wives of Banasa’s employees receive courses on productive projects. 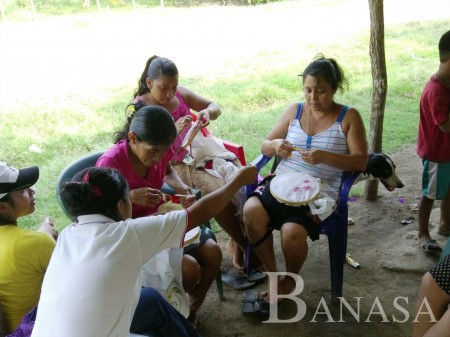 Forty two women from 4 rural communities in La Blanca, San Marcos, received courses on baking, crafts, embroidery and cooking in order to obtain new knowledge to start small businesses in their communities and contribute to the family economy.

The training lasted three months and was conducted through a partnership with the Institute for Home Education Teachers.

Dina Barrios, wife of an Agroamérica employee said: I want to thank Agroamérica for bringing this project to our community because ever since Agroamérica came to the area, there is a source of employment for our husbands, children and grandchildren.

The communities benefitted were Colonia Diaz, Carrizales, Colonia Barillas and Las Morenas, all from the municipality of La Blanca, San Marcos.

In the closing ceremony,  Agroamérica’s General Manager said: The important thing about this course is the knowledge received, which also makes them want to keep growing, learning and teaching their children. Agroamérica promotes comprehensive community growth and this is accomplished through work and learning.