Banasa achieved the creation of a new public school in San Marcos. 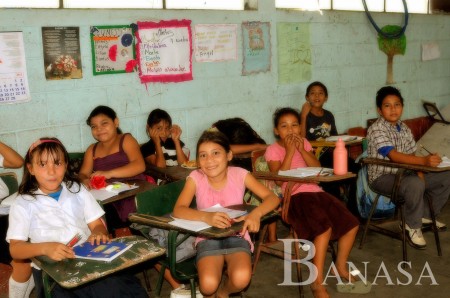 San Marcos, Guatemala November, 2013. Five months ago, Banasa in alliance with local stakeholders, arranged the establishment of a new preschool and primary school in the municipality of Ocos, San Marcos, which became a reality last week.

Among the achievements reached by Banasa are: The Land Fund (Fondo de Tierras) will award 2.75 hectares of land for the construction of the school; Ocos major made the commitment to repair part of a home to be used for temporary classrooms; her son offered to pay one year’s salary for an additional teacher.

The Director of Education of the department of San Marcos thanked Banasa for supporting education in the south west, especially the schools in Ocos. He indicated that he will visit the temporary installations to ensure minimum requirements are met for the 2014 school year and will appoint a teacher before the beginning of classes.

“We are happy in Banasa with this achievement, because for the company is very important to contribute towards education in nearby communities where our employees live” stated Humberto Orozco, Community Relations Coordinator for the company.