BANASA and BAG are engaged to reduce the food crisis in Guatemala. 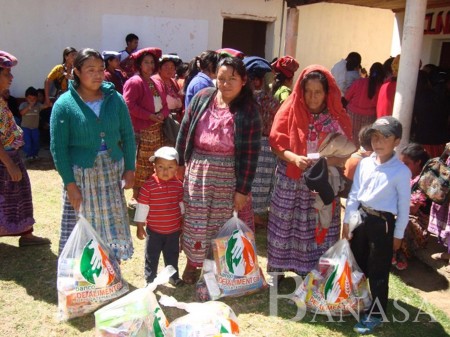 Beginning September 23 and the following for six weeks, the banana producer and exporter, Bananera Nacional S.A. (BANASA) will present a weekly banana truck to the Food Bank of Guatemala (BAG), with the aim of supporting the communities affected by the food crisis in the country.

In Guatemala, the drought has affected crops of maize and beans, but in the ?dry corridor? of the country, comprising the departments of El Progreso, Zacapa, Chiquimula, Jalapa and Jutiapa, were detected communities with chronic malnutrition._x000D_

BANASA, commitment to the welfare of their employees and the community, was in charge of the donation and expenses of the truck where the fruit was transferred to the wineries of BAG, and where bananas were distributed to the areas affected by famine.

Thanks to the joint efforts of BANASA and BAG, more than 2,400 families benefited in THE areas of Villa Nueva and San Miguel Petapa.