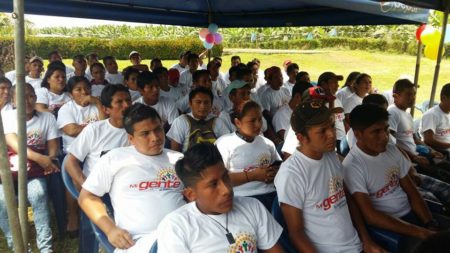 The Assembly general meeting of Cooperativa Mi Gente, of BANASA, was held in order to report on the outcomes of one year; the projections for the following year and the benefits received by its members. The new Board of Directors, which was introduced at the meeting, is formed by BANASA workers who are in charge of Management and of making decisions for the Cooperative. 73% of the workers of BANASA are members of Cooperativa Mi Gente.

BANASA promote the participation of its workers in the cooperative since members can obtain very favorable benefits such as acquiring basic consumption goods almost at cost; funerary service bneefits; loans at lower-than-bank rates; and savings at rates which are more favorable than market rates.

“Saving is one of the main benefits promoted by the Company among its workers”, said Bernardo Roehrs, Corporate Director of BANASA. “And this can be accomplished more effectively through the Cooperative. At BANASA we care about the wellbeing of our workers and about the development of the community.”

Cooperativa Mi Gente is another one of BANASA’s social programs and part of its Corporate Social Responsibility in Guatemala.

A Cooperative is a group of persons who are self-organized, duly legalized, and who work to meet common objectives and pursue the dreams of its members.
Under the principles of freedom of association and democratic participation, a cooperative makes a contribution to the wellbeing of workers, and its operations influence better revenue use and performance, which leads to decent life for the workers, their families and communities.
Savings and loan cooperatives focus on helping their members to save, obtain loans and receive affordable financial services.