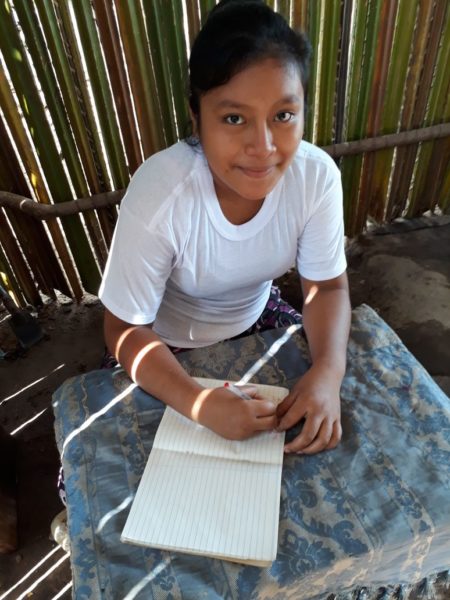 One of the United Nations’ sustainable development goals (SDGs) is the eradication of poverty worldwide. Educating girls is a central part of eradicating global poverty, according to the World Bank, because it has broad social implications.
At the Mojarras School in a rural village of southwest Guatemala, all children of Banasa´s employees have access to a quality education. Not only are they getting excellent academic instruction the teachers use an immersive technology that addresses social and personal development.

When Juliana Judith arrived at the school she stuttered and had difficulty speaking. At her previous school the other children had teased her and called her names. As a result, she was not keen to participate in class, which affected her academic progress.

At the Mojarras school her teacher encouraged Juliana with positive reinforcement, complimenting her on her intelligence. The teacher also explained that she should not worry about getting a little stuck in her speech, as this happens to some people. She continued to encourage Juliana to participate in the school activities, and it paid off.

“To our surprise Juliana volunteered to represent her grade in our celebrations at the national holidays in September,” said Natalie, the Director of the Mojarras School. “We talked to Juliana’s parents who were concerned about her speech difficulty, but when we asked Juliana again she was adamant that she wanted to participate.”

The teachers worked with her for three months preparing for the big day and, to everyone’s surprise, Juliana developed the theme she had been given in a positive way and when she made the presentation she spoke very well. She didn’t stutter at all.